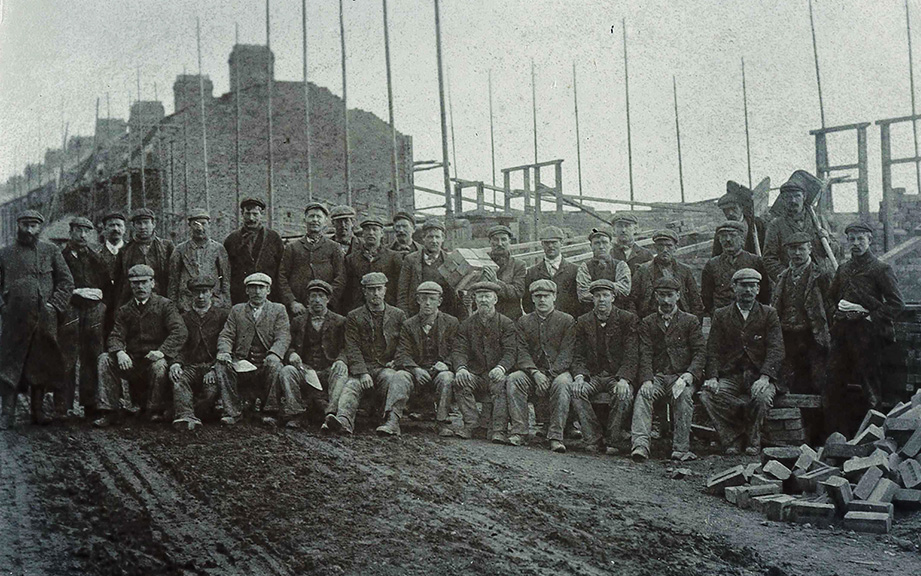 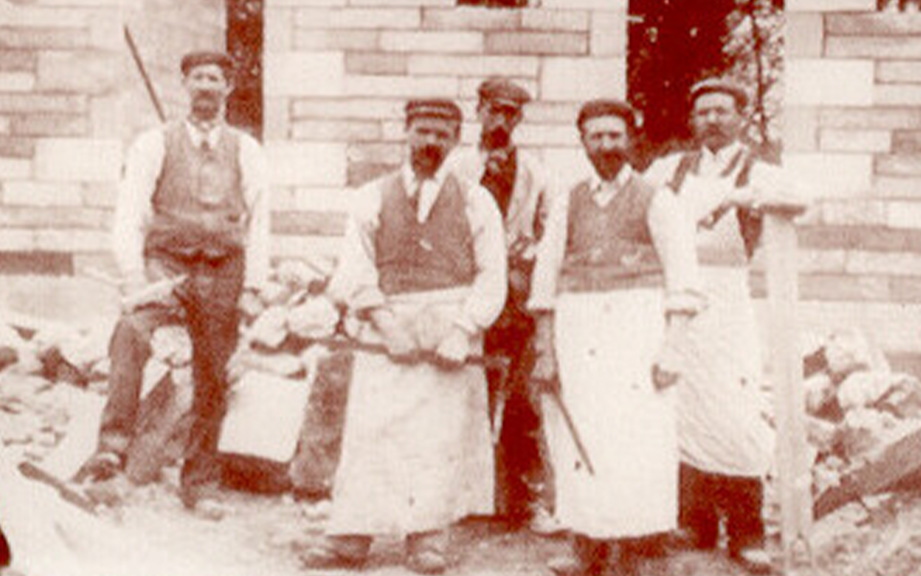 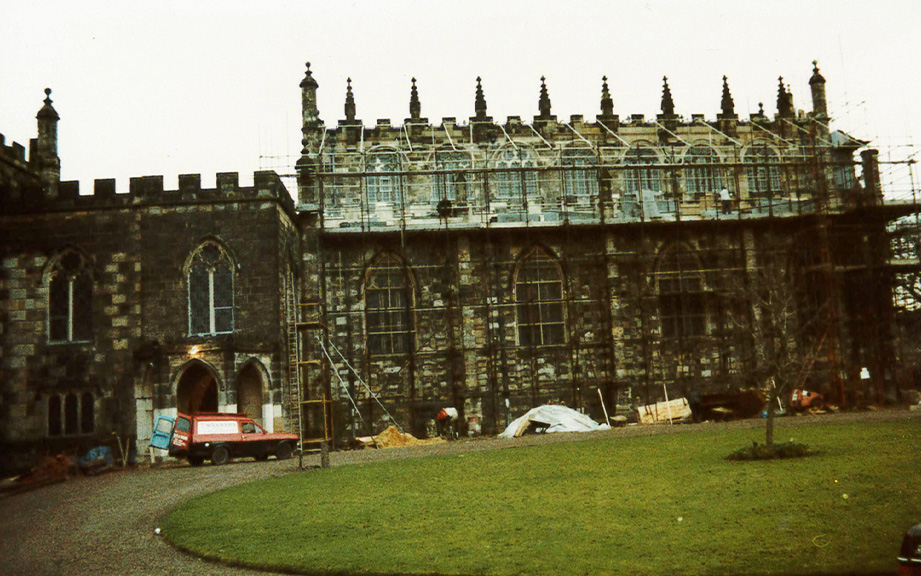 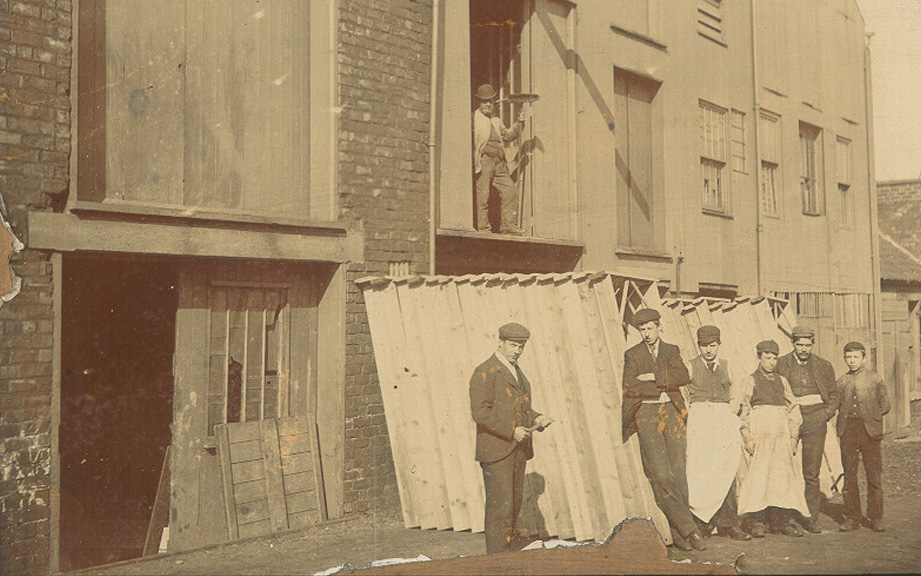 During our long history we have developed an approach to delivering projects that is focused on creating a stable, well trained and experienced, directly employed workforce. We believe that only by this route can we deliver consistently high quality for our clients, matched with a long term commitment to providing excellent customer care. In an age when few construction companies maintain a directly employed workforce, we continue to believe that a skilled and committed team of well trained craftsmen and managers, supported by robust and accredited management systems remains the best way to guarantee our clients a consistently high standard of work across all the company’s activities. Most our workforce have been with the company for a long time; more than 90% of our craftsmen and managers have been with the company for more than 10 years and many started with us as apprentices. Our apprenticeship programme has been running for longer than we have kept records and we have middle and senior managers who have come up through the business having begun their careers as an apprentice with us. We have held Investors In People accreditation since 2002 & this is a testimony to the long term commitment we have to training and staff development, along with this as you would expect of a company such as ours we have fully accredited robust management systems.

As a young carpenter, Thomas Manners established our company in 1860 and by 1868 had built a new joinery workshop and premises in Peel Street, Bishop Auckland.  Thomas was obviously an acute businessman as records show by 1880 he was carrying out general building works, joinery and plastering.

A huge fire destroyed the Peel Street premises in 1883 causing damage in excess of £2,000 (£250k in present day terms). The astute Thomas did however have the property insured and was able to rebuild the premises installing new ‘state of the art’ steam powered machinery at the same time.

We know that Thomas’s sons, Thomas, George and Robert all worked for the company until the outbreak of the First World War when Robert enlisted in the Royal Arm Service Corps and became a driver; an elite position in those early days of the motor vehicle.

Meanwhile the company contributed to the war effort by building the wings for the Sopwith Camel fighter aircraft. The wings were transported to Norfolk and assembled into the iconic aircraft built by Boulton & Paul.

Robert’s military career ended shortly after he was gassed leaving him with breathing difficulties for the rest of his life. He returned to Bishop Auckland and re-joined the Company in 1917; taking over the management of the business due to Thomas’s advancing age. Thomas died in 1919. At the age of 80.

Under Robert’s management, our Company prospered however, by the outbreak of the Second World War his health was beginning to suffer due to the injuries he sustained in the First World War.

Robert’s son Brian, joined the RAF in 1941 and became a fighter pilot, he had a distinguished record training pilots in both the UK and America.

Returning to civilian life, Brian trained as an accountant however due to his father’s ill health Brian was coerced to join the company in 1948.

The company prospered once again and during the 1950’s and 60’s was an integral part of the construction industry in the North East.

The 1970’ saw industrial unrest and soaring inflation, by the end of the decade this was having a detrimental effect on Brian’s health so Brian asked his son Robert to join the business.

Robert Manners, a qualified civil engineer brought a modern dynamic approach to the business. The 1980s and 1990s again brought expansion and saw the company develop close links with the Local Authorities, the NHS and schools across the region.

The early years of the new century brought further growth and in 2005, we relocated from our original Victorian premises in Peel Street to new modern offices and workshops on South Church Enterprise Park.

Robert’s youngest son, Simon, graduated from UCL in 2005 with a degree in Project Management and worked in London and the South East on multi-million pound construction projects before returning to his native North East.

Robert remains as Financial Director to this date.

We use cookies on our website to give you the most relevant experience by remembering your preferences and repeat visits. By clicking “Accept All”, you consent to the use of ALL the cookies. However, you may visit "Cookie Settings" to provide a controlled consent.
Cookie SettingsAccept All
Manage consent

This website uses cookies to improve your experience while you navigate through the website. Out of these, the cookies that are categorized as necessary are stored on your browser as they are essential for the working of basic functionalities of the website. We also use third-party cookies that help us analyze and understand how you use this website. These cookies will be stored in your browser only with your consent. You also have the option to opt-out of these cookies. But opting out of some of these cookies may affect your browsing experience.
Necessary Always Enabled
Necessary cookies are absolutely essential for the website to function properly. These cookies ensure basic functionalities and security features of the website, anonymously.
Functional
Functional cookies help to perform certain functionalities like sharing the content of the website on social media platforms, collect feedbacks, and other third-party features.
Performance
Performance cookies are used to understand and analyze the key performance indexes of the website which helps in delivering a better user experience for the visitors.
Analytics
Analytical cookies are used to understand how visitors interact with the website. These cookies help provide information on metrics the number of visitors, bounce rate, traffic source, etc.
Advertisement
Advertisement cookies are used to provide visitors with relevant ads and marketing campaigns. These cookies track visitors across websites and collect information to provide customized ads.
Others
Other uncategorized cookies are those that are being analyzed and have not been classified into a category as yet.
SAVE & ACCEPT